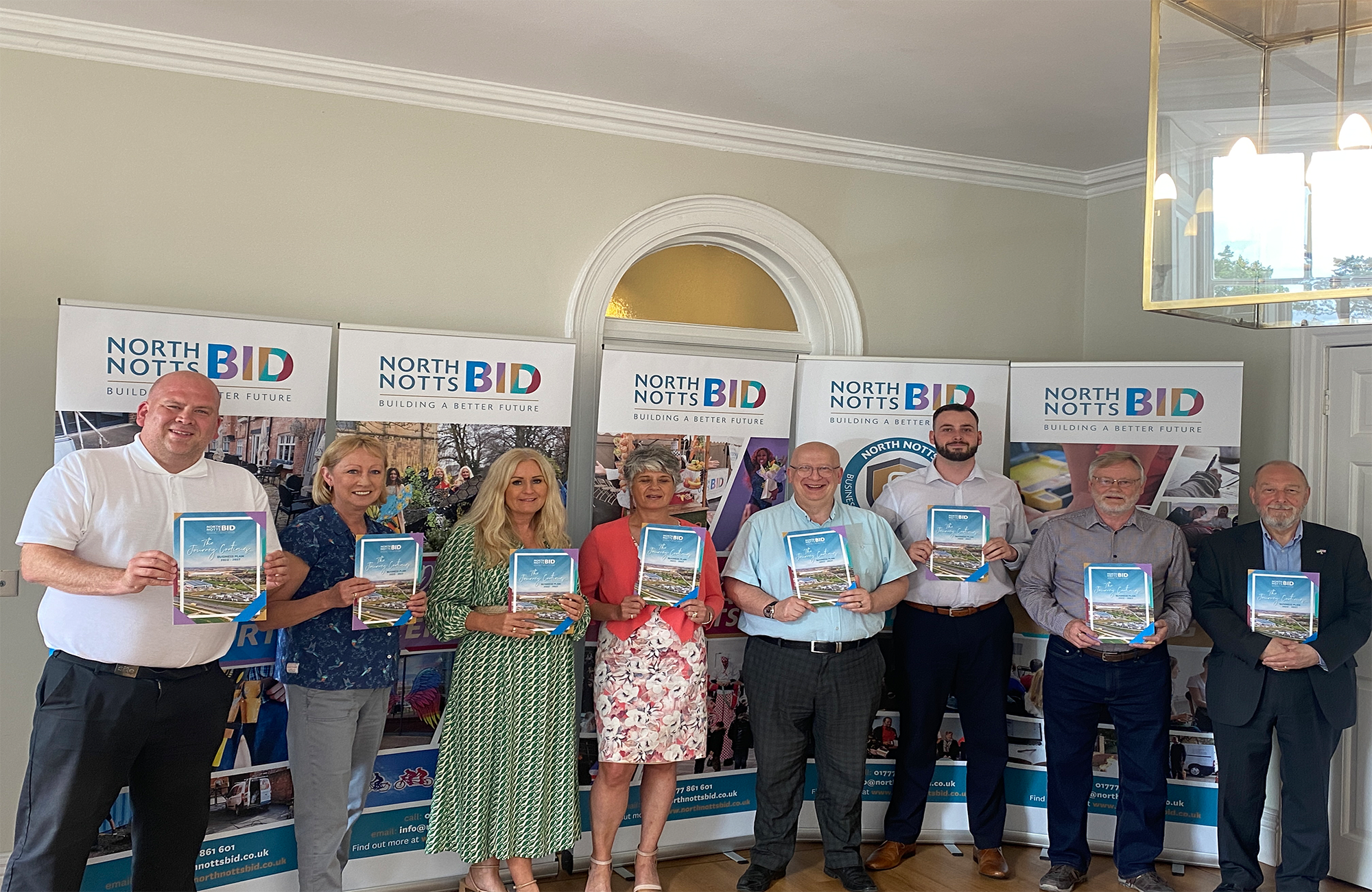 NORTH NOTTS BID has successfully secured a second term to deliver business improvement projects and services for the benefit of organisations and communities across North Nottinghamshire’s towns and villages.

Following an initial five-year term, North Notts BID received a 62.6% majority of ‘YES’ votes by numbers of votes received with a 69.7% majority by rateable value, in June’s postal ballot with business owners voting for a continuation of the BID’s services and delivery of projects.

George Buchanan, chair of North Notts BID and owner of Hodsock Priory said: “It is fantastic that businesses have voted in favour of a second term. North Notts BID was tremendously important for businesses, especially during lockdown, and has achieved some amazing results for North Notts so far, investing more than £3.7m locally since 2017.

“Business owners have recognised the BID’s invaluable contributions in helping to improve the district over the past five years, and have supported our ambitious plans to further secure, strengthen and showcase North Notts as we now head towards a second term.

“The BID team has worked tirelessly to deliver enormous value across business support services and operations, project management, marketing and in an ambassadorial capacity.”

To ensure neutrality, the ballot was undertaken and managed by independent organisation Civica Election Services on behalf of Bassetlaw District Council. Businesses owners received one vote for each business unit owned or occupied that has a rateable value of £12,000 or more. To be awarded a second term, North Notts BID had to secure a majority of ‘YES’ votes by total count as well as the combined rateable value of businesses casting votes.

Sally Gillborn, chief executive of North Notts BID said: “We are absolutely delighted that North Notts BID has secured a second five-year term and can continue to deliver our key projects, services and flagship events as well as introducing a range of new projects and services as outlined in our 2022-2027 business plan.

“Our work has notably included the installation of CCTV cameras with ANPR on our local industrial estates, offering free digital training courses to upskill workforces and introducing the LoyalFree app to enhance the promotion of offers to residents.

“North Notts BID continues to deliver exceptional community events such as the North Notts Food Fest, Party in The Square, Dinosaur Discovery Day and Christmas light switch-ons, as well as organising amazing community projects such as the BookBench and nectar trails.

“It is paramount that the BID continues to deliver on its three pillars – The Business Voice, The Experience and The Destination. We’re excited to continue the journey and look forward to sharing more news very soon.”