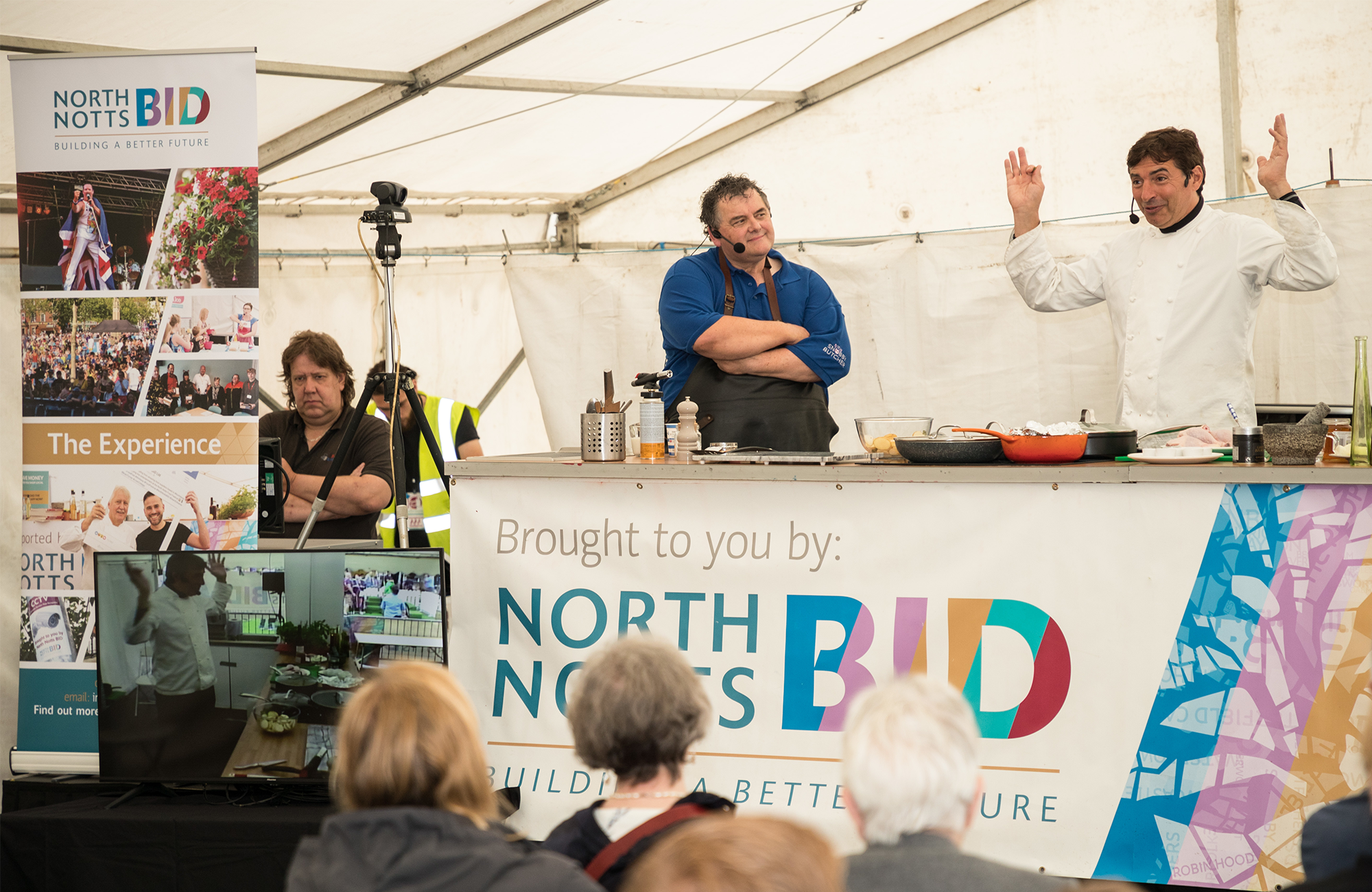 Plans for this year’s North Notts Food Fest in Worksop on Saturday 2nd July are coming along nicely with the announcement of Rosemary Shrager as this year’s celebrity chef. Rosemary will be joined by Great British Menu contestant, Nottingham based Harvey Pertolla and the return of festival favourites, butcher Johnny Pusztai and home economist and cook Teresa Bovey.

The day is a celebration of all things food and drink orientated with free, mouth-watering cookery demonstrations, an artisan street food market with loads of lovely produce to take home or eat on the day; free children’s craft activities; outdoor bar and street entertainment.

You can try your legs at peddling your way to a healthy smoothie drink on the smoothie bike if you’re feeling energetic! And don’t forget the ‘Great North Notts Baker’ competition – the baking competition is open to adults and children alike around the theme of “Brilliantly British” (in recognition of the Platinum Jubilee) Entries will be split into the under 12’s and over age group; judged on the day and put on display. Simply bring your entry along before 11am on the day.

Rosemary endeared herself to the nation when she took part in ‘I’m a celebrity’ where she proved she could cook just about anything anywhere. With decades in broadcasting and teaching, having presented ‘Rosemary Sharager’s School for Cooks’ and ‘The Chopping Block’ as well as judging in ‘The Big Family Cooking Showdown’ and participating in the BBC’s ‘Real Marigold Hotel’, her most recent TV sees her as a mentor on ITV’s ‘Cooking with the Stars’. Rosemary is a talented and versatile chef who loves talking about food as much as she loves cooking. Her demonstrations will certainly be entertaining, informative and well, jolly good fun!

The force of nature that is Nottingham butcher, Johnny Pusztai, will once again be acting as compere as well as demonstrating his amazing butchery skills. Harvey Pertolla, head chef at Nottingham restaurant ‘Six’ at Trent Bridge, will be making his debut appearance at the festival having appeared as a contestant in this year’s BBC 2’s Great British Menu representing the central region. Harvey, at 27, is one of the country’s youngest head chefs and will bring his own unique cooking style based around seasonal, garden-led ingredients sharing with the audience dishes that are clean, simple and fresh. Accomplished cook and home economist, Teresa Bovey, will also be demonstrating delicious, healthy, low-fat recipes for the health conscious visitor which appear in her latest book.

All in all, the day is shaping up to be a fabulous free day out for foodies and families alike!

For a full schedule of demonstration times and a list of stall holders plus entry details for the competitions visit www.facebook.com/events/514107130441684

If you’re looking to host a stall or pitch at North Notts Food Fest contact us at info@northnottsbid.co.uk